“Have you ever seen any place in the world more beautiful?”
Francie Stevens (Grace Kelly’s character) in To Catch A Thief 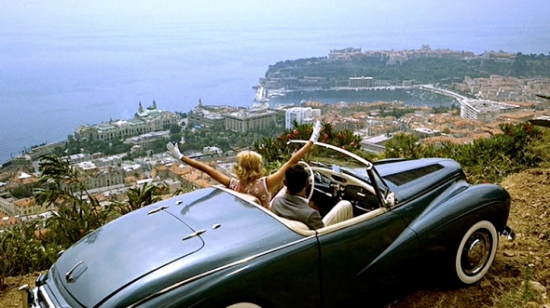 It would have been impossible for Grace Kelly to predict what the future held for her as she gazed out over the sun-drenched Cote D’Azur, arms stretched wide, and delivered her line.

She was sitting next to Cary Grant in a light blue Alpine Sports Roadster with cameras, crew, and surely, the ever-present Alfred Hitchcock mere steps away. Below them, down the steep, barren slope, past the expensive villas dotting the hillside, the principality of Monaco lay spread out against the blue Mediterranean.

Kelly would soon marry Monaco’s Prince Ranier and help turn the tiny principality into a wildly popular international tourist destination.  She would END_OF_DOCUMENT_TOKEN_TO_BE_REPLACED