Le Stuff now has a comprehensive e-book detailing every location featured in Alfred Hitchcock’s classic 1953 film “To Catch A Thief”.

Follow along with the movie on Google Maps in the comfort of your home or use the book as a de facto travel guide as you drive around the sunny French Riviera! 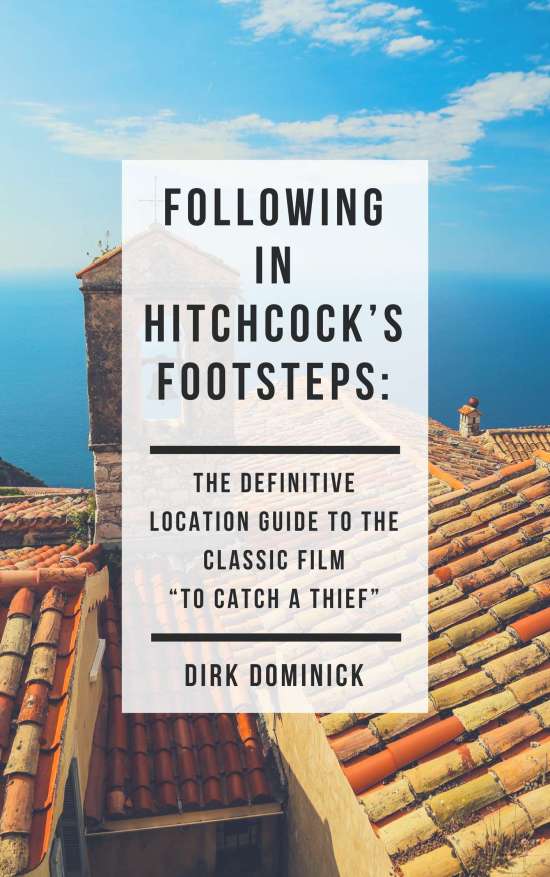 Included in the book:

Let’s begin where it all started, the villa on the outskirts
of Golfe-Juan where David Dodge wrote “To Catch A
Thief.” Here, in a travel article, he describes his first
sight of the villa:

“I can close my eyes now and recover that first
glimpse. The house stood on a hill in Golfe Juan
between Juan-les-Pins and Cannes. We reached it by a
side road which left the main highway skirting the gulf
and wandered up the hillside between mossy old stone
walls covered with climbing rose vines and sodded in
the cracks with Flanders poppies. At the top of the hill
a little gate with a tinkling bell attached to it opened
into a huge jungle of garden full of greenery: corkoaks,
bamboo, palms, birds-of-paradise plants,
camellia shrubs, open grassy places and more
Flanders poppies. A brook starting at the top of the
garden purled along the side of a twisting path which
led down to the house. Just at the front door, where
the camellias bloomed, there was a little level spot
under a pine tree where the brook widened to form a
pond full of water-lilies before it spattered over a small
cliff. The house was built on the edge of the cliff, down
which the path continued to the foot of the garden fifty
yards below. The terrasse, shaded by climbing vines of
wisteria, overlooked the whole sweep of the
Mediterranean from Cap d’Antibes to the Iles de
Lerins, and the front windows of the salon
faced, across about a mile of water, the front
window of the cell in the fortress on the Ile Sainte
Marguerite where The Man in the Iron Mask whiled
away his time two hundred and fifty years ago.”

In September of 2010 writer Jean Buchanan, BBC Radio
4 producer Marya Burgess, and I searched for and
found the villa for the BBC Radio 4 production “In
Search of the Villa Noel Fleuri.” It was abandoned and
in disrepair…