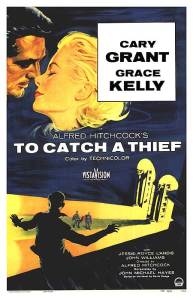 Most cyber junkies are probably not aware that bloggers have the ability to track, among other things, the search word or words used to reach a particular blog or blog post.  For example, if someone enters “Tourrettes sur Loup” into the Google toolbar and that, in turn, leads them to my July 28 post on the Auberge de Tourrettes, then I know that the title and tags I’ve used have been effective.  Being aware of “blog stats” can be very helpful in driving traffic to a blog.
The reason for this explanation?
Since my first Le Stuff post on June 10, 2009, one subject has easily trumped all other searches by a country mile.
Here are a few examples:

I think you get the idea.

I’m sure many of you are probably scratching your  heads at this very moment and wondering “Who is John Robie?”
John Robie is the character played by Cary Grant in Alfred Hitchcock’s 1953 classic film To Catch A Thief.
I wrote about John Robie, Robie’s villa, and To Catch A Thief in my June 12 post “Three days to kill on the Cote d’Azur” and “Movies to watch before traveling to the south of France” posted on June 20.

A former jewel thief and French Resistance fighter, Robie is forced out of a very comfortable retirement in the south of France by a string of copy cat burglaries.  It seems the copy cat is using all his old tricks and Robie must catch the impostor before the police catch him.  Along the way he becomes romantically entangled with the young and beautiful Frances Stevens played by Grace Kelly (at the time Kelly was 25, Grant 51). 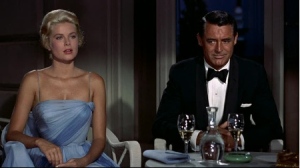 Filmed in the south of France, the movie is visually stunning.
In fact, if not for the super star power of Grant and Kelly, the French Riviera would have stolen the show.

OK.  It is now time for me to come out of the cinematic closet.

I am a To Catch a Thief expert.

I do not say this boastfully (on the contrary, I feel slightly embarrassed), but simply as a matter of fact.
There can certainly be no more than a handful of people alive today who know more about the movie’s set locations than I do.
How (and why in God’s name) am I such a know-it-all?

1) I own an apartment in a small village in the south of France (the village is featured in the movie).
2) I am a geek.  I have researched the film so thoroughly that if you and I were together in the south of France right now, I could immediately take you to any set location you wished.
3) I am friends with a prominent cast member who has been kind enough to share insider information with me.

I could go on but I think I’ve embarrassed myself enough, thank you very much.

So for all you fellow cinematic geeks who have searched in vain for information on John Robie, you may want to subscribe to Le Stuff right now.
The next several posts are for you.
In the coming weeks I will provide a narrative of the most interesting (French Riviera) set locations used in Alfred Hitchcock’s masterpiece, To Catch A Thief.