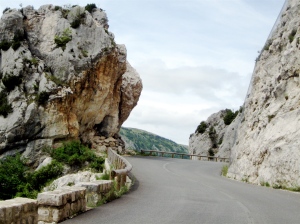 To tell you that I know my way around an automobile engine would be like telling you Michael Jackson had all the skills needed to become a champion prize fighter.

In other words, I’d be lying.

My scope of mechanical expertise ends with my crackerjack ability to discern, within seconds mind you, whether the vehicle I’m piloting has a gas or diesel engine.

The point I’m trying to illustrate here is that you don’t have to be a gear head, love cars and driving, or even have a driver’s license, to enjoy what may possibly be the finest television show ever made.

Ostensibly about cars, driving and speed, TG is really about the interaction between the show’s three hosts, Jeremy Clarkson, James May, and Richard Hammond.

A few of my favorite episodes?

1) The Botswana Special, in which our three heroes travel across the desert, from the Zimbabwean border to the Namibian border, in cars purchased for a maximum of 1500 Pounds Sterling.

2) The Polar Special.  Clarkson and May attempt to drive, that’s right drive, to the north pole in a race against Richard Hammond, who’s trying to beat them to the finish line on a dog sled.

3) The U.S. Special.  Not the south’s finest day.  In this episode Clarkson, Hammond, and May attempt to drive from Miami to New Orleans in vehicles purchased for $1,000.  Before crossing the Alabama state line the hosts were instructed to “creatively” spray paint each other’s cars with slogans.  “Hillary for President“, “NASCAR Sucks“, “I’m Bi“, and “Man-Love Rules” are my favorites.  They end up being literally chased out of Seminole, Al.

So what does any of this have to do with the south of France?

Well, the best episode (season 10, episode 1) of possibly the best show ever made has the three hosts searching for the best driving road on the planet.

And where do they begin their search?

Where else?  The south of France.

The French Riviera and surrounding region truly can lay claim to some of the most superb driving roads on the planet.

I’ve posted previously about the corniche roads and a high mountain stretch of asphalt featured in Robert Deniro’s “Ronin” and James Bond’s “GoldenEye”.

And don’t even get me started on “To Catch A Thief”, a fabulous driving film in its own right.

The Top Gear cast begin their journey above Monaco before tackling the Col de Turini, well known as a challenging stage of the Monte Carlo Rally and Tour de France.

From there they travel on to Italy and Switzerland, but the point is that the south of France is meant to be driven man, not looked at through the window of a tour bus!

So the next time you happen to be near the French Riviera, do yourself a favor, rent a car.

To view the car chase scene in “Ronin” (filmed just above the village of Greolieres at 00:50) click here.

Click here for a clip from “Goldeneye” filmed on the same road.